Dematerialization and digitization of documents

These two terms involve not only the conservation of documents but also the document flows, the ways of creating and communicating / sharing documents. That’s why, to be sure you are making the right choice for your company or PA, you need to know its meaning well.

Dematerialization and digitization are two words that are often used, in the context of document management, as synonyms. In reality, they can (almost) not be regarded as equivalent at all. Also because, nowadays, we should only talk about the digitization of documents.

In any case, to ensure clarity and simplicity, in this study we will continue to keep separate dematerialization and digitalization, specifying all the distinctive elements of both.

We start by clearing the field of any possible misunderstanding: there are precise and punctual differences between digitization and dematerialization in the document field. Here they are:

This term is used because, even today, we are experiencing a moment of transition from paper to digital documents. By dematerialization we mean the process that leads to the creation of a digital document that replaces, for all legal purposes, the original paper.

Dematerialization involves the use of a whole series of tools.

First, you need professional tools such as document scanners to be able to make a digital copy that is as consistent as possible with the original analog document. Secondly, it is necessary to use systems that certify the validity of the digital document, such as a digital signature or time stamp. Finally, when it comes to document dematerialization, process certification and certificate of conformity must always be considered: simplifying, both serve to certify that the digital copy is perfectly compliant with the analogue original from which it is taken. Digitization of documents – compared to the previous one, this paradigm can be considered as a sort of “evolution”. If, in fact, in dematerialization we are talking about documents that were originally in paper format, digitization instead concerns the creation, validation, management and conservation of documents that are created directly digitally.

Also in this case, the use of tools such as digital signature or time stamping remains to verify and certify the validity of the document. To these tools, it is then necessary to add specific programs or applications for the actual creation of the document (programs and applications that may vary according to the institution, the PA or the company).

Whether we are talking about dematerialization or digitization, the conclusion of the two processes remains the same: digital preservation.

Mandatory in the public administration and for a whole series of documents also used in the private sphere (in this regard, please refer to the in-depth analysis.), digital preservation is the set of rules, procedures and technologies thanks to which a document is always accessible, usable, authentic and available at any time from the archive.

Dematerialization in the public administration 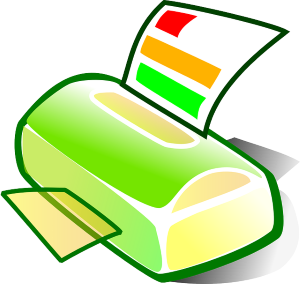 This process is the digital transformation of public administration. In other words, it is no longer a matter of “merely” documents. The digital transformation process concerns and will concern the public administration in its entirety, leading to a complete review of workflow and provision of services to citizens. Document digitization, although very important, is however only a part of the whole.

And a great example is digital healthcare.

The digitization of paper documents is a process that can be divided into five major phases: normalization of the practice, scanning of the files, classification, creation of index files, release of images. Each step requires attention, experience and skills to ensure that digital documents fully conform to the originals.

The dematerialization of paper documents is carried out through a certified optical acquisition process which (as already mentioned above) aims to ensure that the computer documents produced have the same content and form as those of the analogue documents from which they are taken. Another advantage ensured by this system is the massive digitization of documents, which saves time and makes the whole process much more efficient.